So as of today (October 24th) I have officially been in this country for 12 weeks. To mark the 12 weeks of being here I thought I’d share 12 different things I have learned so far. Some more serious than others. 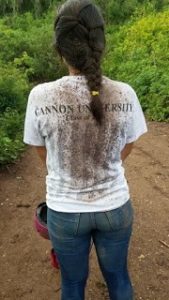 Not to toot my own horn, but that shirt is probably about 80% clean and anyone who knows me knows that I suck at doing laundry so that’s a pretty big accomplishment.

So yes I may have difficult days here, but I have realized that life is much bigger than the negative days you have.  You can’t let the small things get you down.   There is so much greatness in this world and you have to soak it up as much as possible.

I hope you enjoyed reading  about what I’ve learned and I hope it’s given you a little insight into my life here in Honduras.