If asked to think of a particularly challenging student, all of you teachers out there would have (at least) one come to mind immediately. Maybe it’s a child who needed A LOT of attention, or specialized resources, or more support at home. Maybe it was the first time you encountered a student like him or her and you didn’t quite know how to effectively adapt your techniques to be effective for that child. Maybe you realized that every teacher who worked with this student before you must have also struggled. 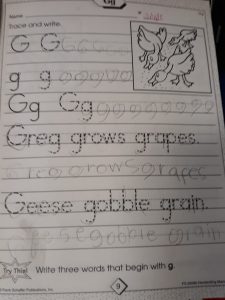 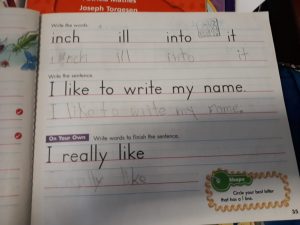 Back in August, Cristina was new at Santa Clara, recently transferring from another bilingual elementary school. Due to Honduran educational requirements for grade level (based on her previous schooling and her age), Cristina was placed in Ms. Breve’s 3rd grade classroom. Early on, her work indicated that she had not been prepared for 3rd grade level instruction; she needed help with basic daily tasks and her fine motor skills were not as well developed as her peers.

Initially, her peers didn’t connect with Cristina. She would eat her lunch with a teacher’s aid instead of in the cafeteria. She struggled during class activities and did not like to interact with her classmates. She cried frequently and sometimes would say she was ill so she could call her parents and go home early.

The other students had trouble understanding Cristina when she spoke. It was difficult for her to grasp pencils and markers to write, and the books the rest of the class used were not working for her. Miss Breve and Mrs. Meza (Cristina’s Spanish teacher) realized that they needed to take action, even though they didn’t know where to start. After countless hours of research, including consultation with professional groups via social media and networking, Ms. Breve and Mrs. Meza put together a completely different set of books and materials for Cristina. They found writing utensils that were larger, which made it easier for her to hold them and to write. 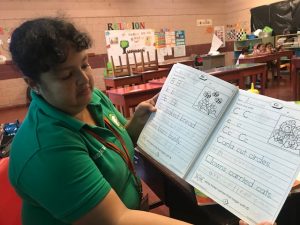 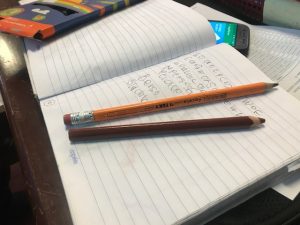 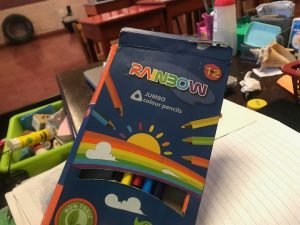 From the start, Ms. Breve began to speak individually with Cristina to find out what was bothering her. Cristina felt like the other students weren’t accepting her as a peer. She didn’t feel comfortable around them. Then, Miss Breve spoke with the rest of the students in small groups to help them better understand that every student is unique and learns differently. It took time, but the class as a whole has learned to be more sensitive. Now, when Ms. Breve finishes explaining a topic, students who understand the subject well raise their hands and volunteer to help others in the class specifically so Ms. Breve can take a few moments to work one-on-one with Cristina. They are now more understanding and compassionate about the needs of their classmate and friend.

When asked about Cristina, Ms. Breve lights up. Since the first day of school, Cristina has made great strides to do many things more independently, she opens up and talks about how she feels, she recognizes colors and numbers in English. Ms. Breve says that if you knew Cristina, you would know that the time and effort has all been worth it. 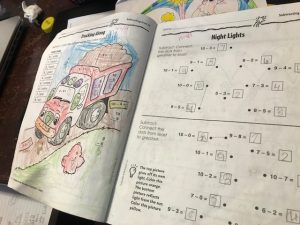 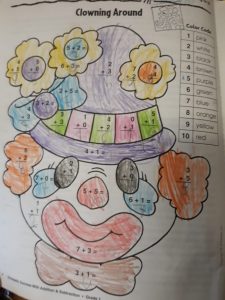 An example of Cristina’s work late in the school year.

One day, Miss Breve ran into Cristina’s father at the grocery store. She asked if he would be coming to the parent-teacher conference. He told her that there was no use, since like the teachers at her last school, Ms. Breve would give Cristina high scores on class assignments, even though she  wouldn’t understand the material. Ms. Breve stopped him in his tracks; she insisted that he come to school so he could see just how much progress Cristina had made. When he showed up for the conference, he saw the work Cristina had completed. He was shocked to see the improvement and he became emotional when he realized that this teacher had been giving her time and attention – and it was making a difference. Her parents noted that the transformation in her attitude was even more significant, she now desperately wanted to go to school each day.

Cristina’s parents felt it was important that she be included in a classroom with other children her age, where she would learn to interact and grow with them. As inclusion becomes more prominent in Honduras, and attitudes change surrounding children with varying needs, one must pray that students like Cristina will find caring teachers like Ms. Breve and Mrs. Meza. They had never taught a child with needs like Cristina’s, but they made consistent progress by letting compassion lead their way. 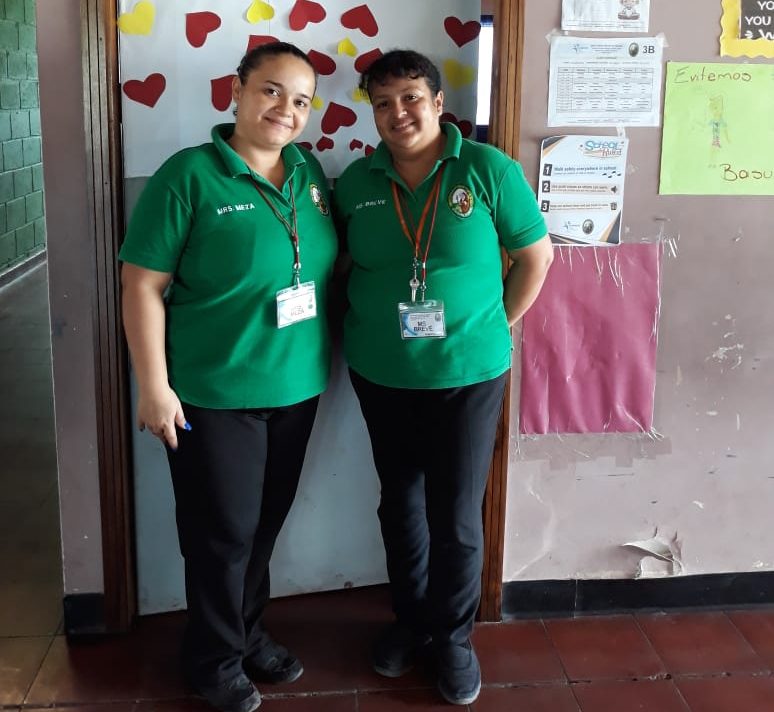 Thank you to all of the teachers who make the extra effort to show love and kindness to children who need it most.

The name “Cristina” has been used in this post to protect privacy. Ms. Breve and Mrs. Meza are the real names of the superhero teachers in this story.