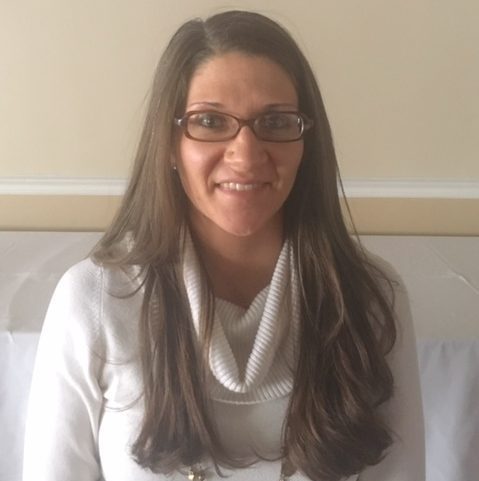 Jessica first connected with Olancho Aid in 2007 as a volunteer teacher in Honduras. In 2016 she rejoined the organization and has served as Director of Advancement and Director of U.S. Operations. Her efforts have supported the volunteer program, fundraising, strategy development and stabilization of operations in the U.S. Jessica resides near Pittsburgh, PA. 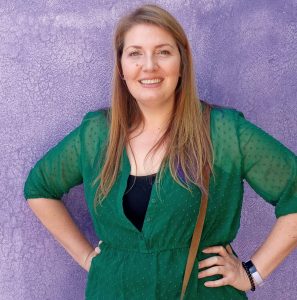 Lauren joined the Olancho Aid team in March 2021. She brings over 10 years experience in grassroots leadership, strategic partnership management, and international development along with a strong background working with NGOs that serve the people of Central America and the Caribbean. She completed a Masters in International Management and Policy from New York University’s Wagner School of Public Service. Lauren resides near Tegucigalpa, Honduras. 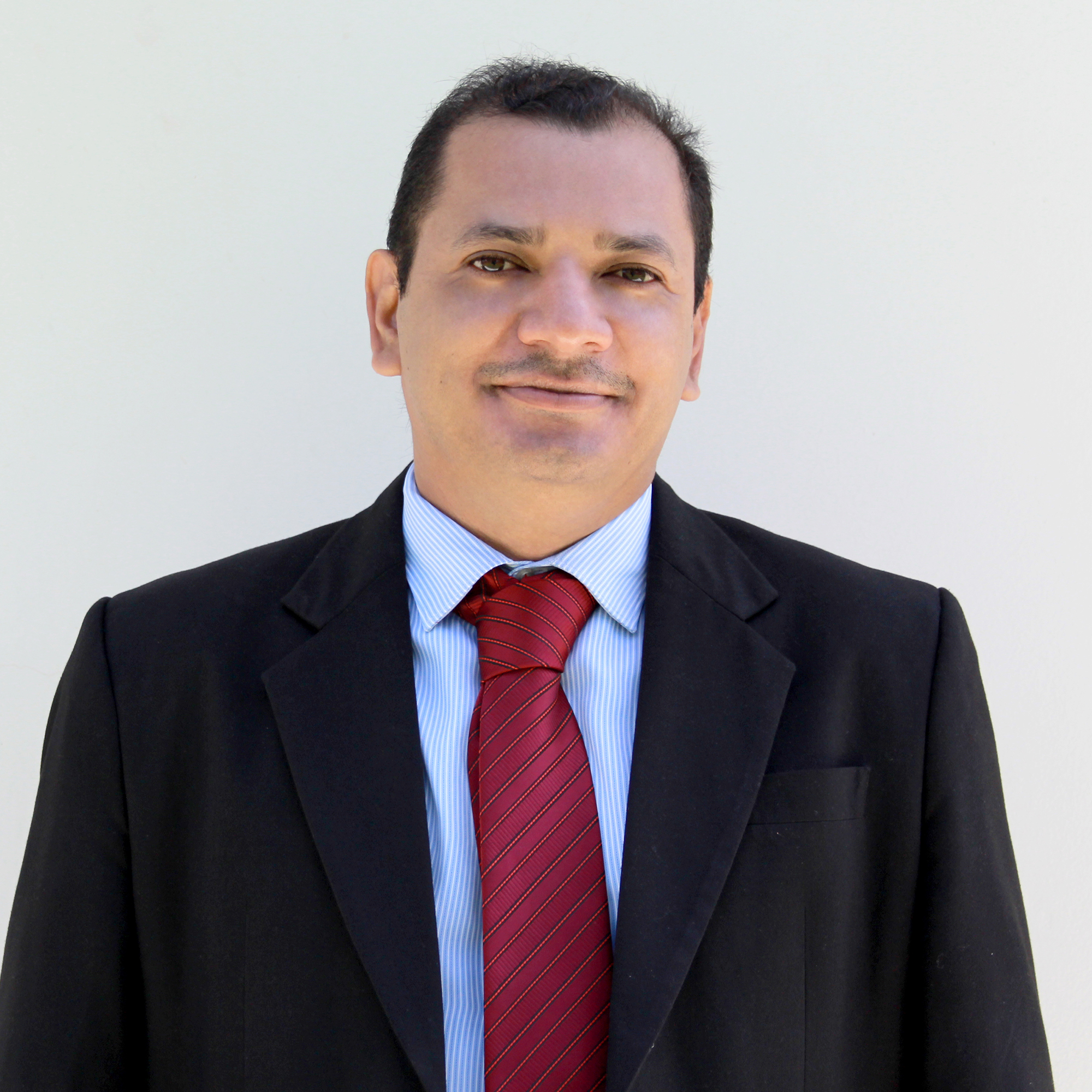 Carlos has devoted his life to the Olancho Aid Foundation for over 20 years. Early on he managed everything from volunteers and mission teams to fundraising and strategy development. He worked closely with Olancho Aid’s founder to manage operations and grow the organization. Today he manages the partnership between Olancho Aid and the Diocese of Juticalpa. Carlos and his wife Reina live in Juticalpa with their 4 children.

Olancho Aid Foundation is led by a board of directors composed of laity from 5 different states. Ex officio members and a group of advisers provide guidance and support to the Board and the Executive Director. 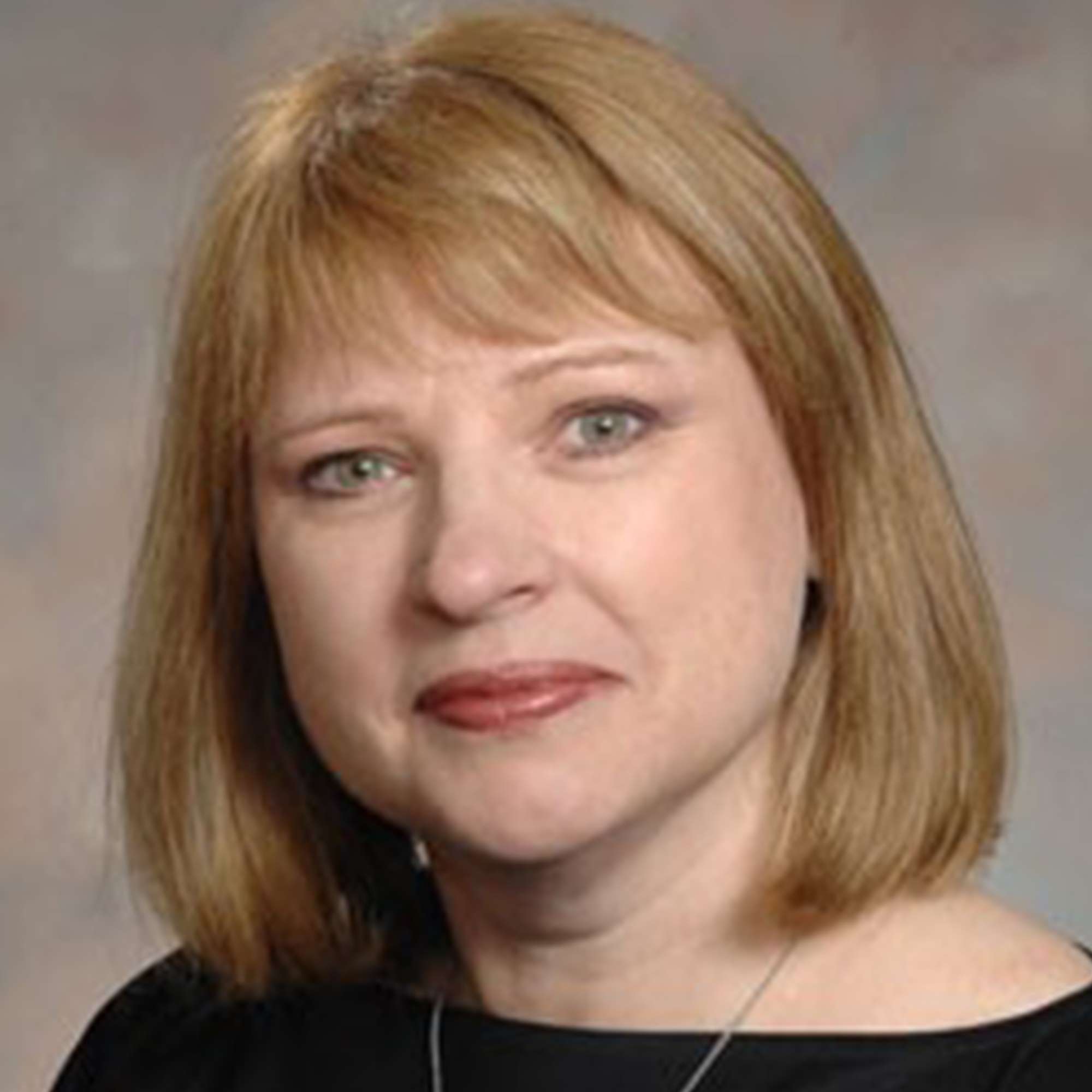 Dr. Susan Nedza is Senior Vice President of Clinical Outcomes Management at MPA Healthcare Solutions, Inc. She is an emergency physician and healthcare executive with experience at the American Medical Association, Anthem, Inc. and the Centers for Medicare and Medicaid Services. Susan attended Gannon University and is a graduate of the Stritch School of Medicine of Loyola University. In addition, she received her MBA from the Kellogg, Graduate School of Business of Northwestern University.

Susan visited Olancho with a mission team in 2015, and was impressed by the drive and the competencies of those on the ground. She could see the sustainability of the mission, as efforts continue even when teams return home. Susan joined the Olancho Aid Board of Directors in 2015. She shares a passion for volunteer service in Latin and South America with her husband Dr. Oswaldo Lastres.

Susan has served as Board Chair of the Hinsdale Public Library and as President of the Board of Maria High School. She is a trustee both at Gannon University and the Juvenile Protective Association, based in Chicago. She is a member of the Advisory Board for the Master’s Program in Bioinformatics, University of Chicago. 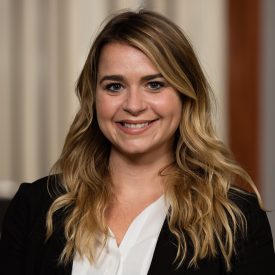 Meagan founded and developed Nasdaq’s ESG advisory services team which advises corporate issuers on all ESG issues including disclosure, ratings agencies, frameworks (SASB, GRI, TCFD, SDG’s etc) and investor engagement. Meagan received her MBA from  the University of Notre Dame where she was the President of the Net Impact Club, a national organization aimed at reimagining capitalism for a sustainable future.  While at Notre Dame she lead a team of MBA Students on a consulting project with Fundacao Amazonas Sustentavel a leading environmental agency in the Amazon in commercializing their PIrarucu Supply chain to impact fisherfolk in remote regions of the Amazon.  Prior to her studies she worked as a Development Manager at Fair Trade USA where she focused developing relationships with mission-driven philanthropists who wanted to transform and invest in agricultural supply chains around the world. 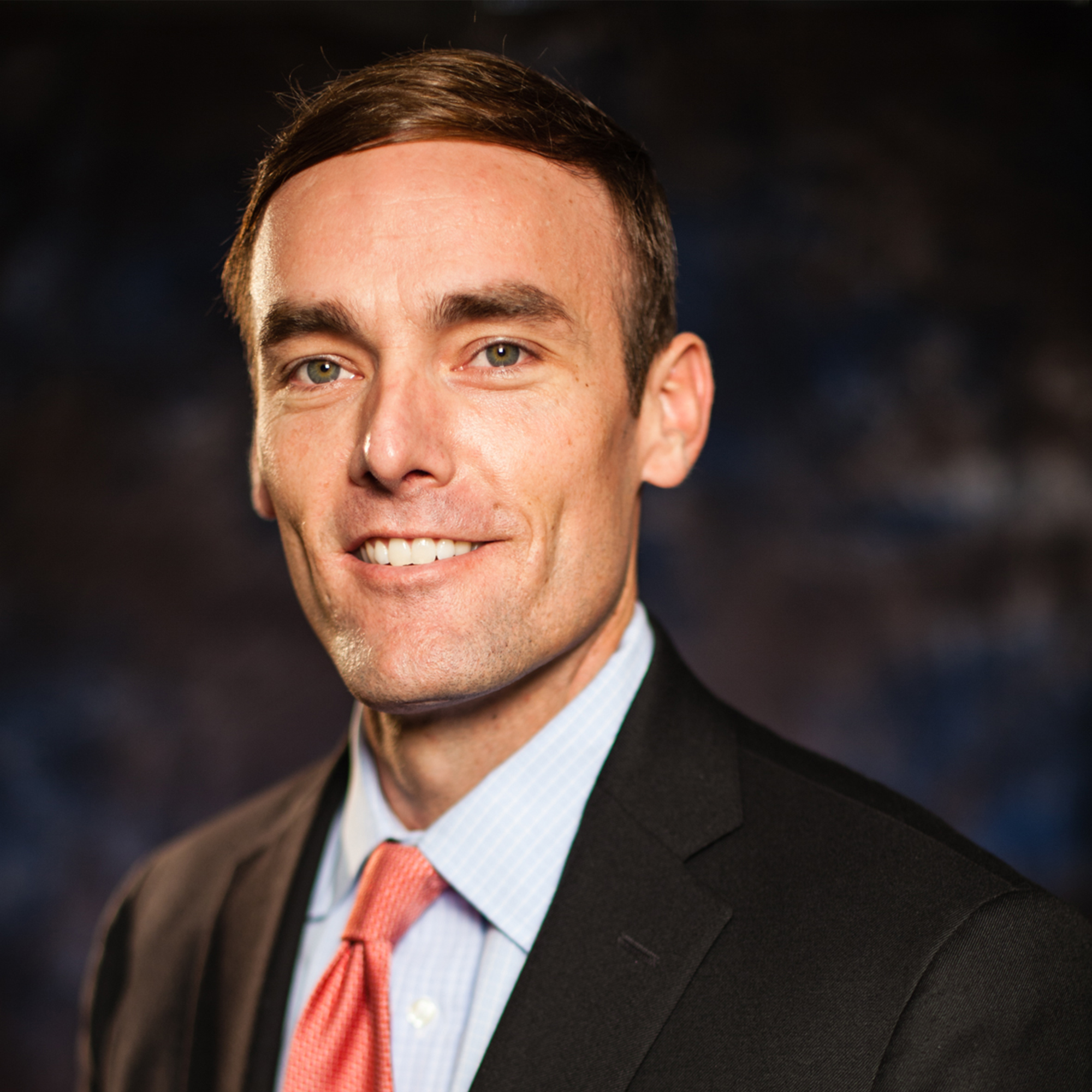 Michael is a Manager of the Pharmacy Sourcing Team at HealthTrust Group Purchasing Organization.

Michael’s first experience with Olancho Aid was with a mission team from Holy Family Catholic Church in the summer of 2010. He met his now wife, Carina, during one of his visits with the team. In 2012, Michael moved to Juticalpa and volunteered full time with OAF for 2 years as Director of Development. During his time in Juticalpa, Michael founded the Santa Clara Summer Camp, enhanced the scholarship program, and worked to enhance donor relationships and communications. Carina and Michael now live in Nashville, TN and continue to support the organization in many ways. They return annually as mission team members with Holy Family Catholic Church.

Michael volunteers with Big Brothers Big Sisters Middle TN and is a member of the Pharmacy Advisory Board at HealthTrust. 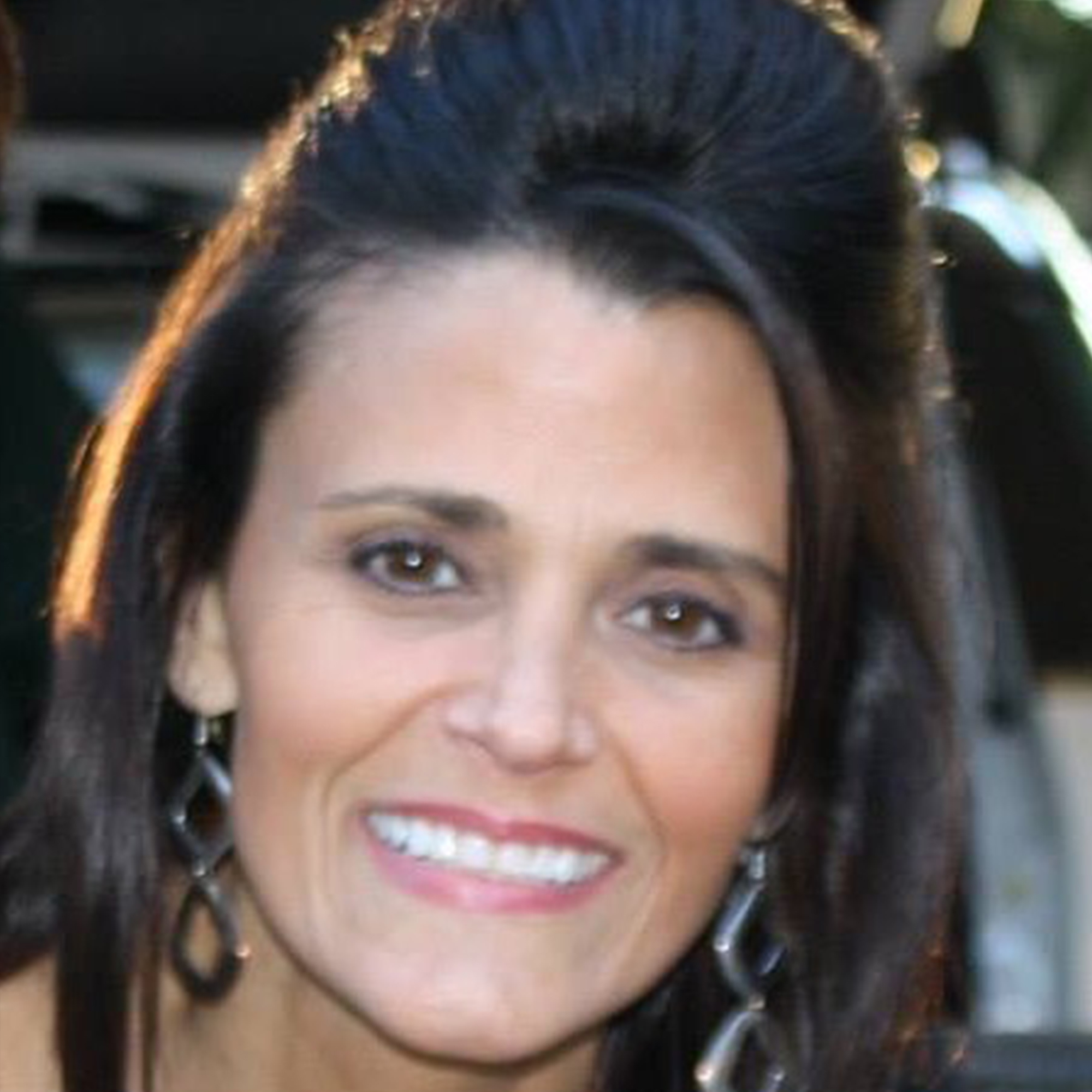 Jackie is the owner and director of Casa de Amigos Bilingual Preschool. She is a graduate of Louisiana State University and has a Master’s degree in Elementary Education (K-8 & Spanish). She has been an educator in the Ascension Public School System since 1998. In 2007, she and her husband built the first bilingual preschool (Casa de Amigos Preschool) in Ascension Parish. Their 3 year old son, Matthew was one of the first students enrolled. She firmly believes education is the key to transformation.

At the age of 3, Jackie and her parents left their home in Havana, Cuba in the pursuit of religious and political freedom. They left their home with only the clothes on their backs and the love of Christ in their hearts. Her parent’s hardships and sacrifices have always served as her driving force to support those in need. Because of the similarities between Cuba and Honduras, Olancho holds a very special place in her heart. She first visited Honduras in 2008 and Olancho specifically in 2012 as a member of the St. John Mission Team. She has been an active member of the Olancho Aid Board since 2014. Jackie and her husband of 25 years, Jan, live in Prairieville, Louisiana with their son, Matthew. Their daughter Marissa served OAF as a Summer Immersion Counselor in 2014 and Summer Immersion Camp Coordinator in 2015 & 2016.

Being a member of Alpha Delta Kappa-Beta Eta Chapter Sorority, has given her the opportunity to facilitate the partnering in education between ADK-Beta Eta, St. John’s mission team, special needs professionals, and Olancho Aid’s Escuelita Nazareth. Jackie is a member of St. John the Evangelist Catholic Church in Prairieville, LA, and a committee member for their mission team. 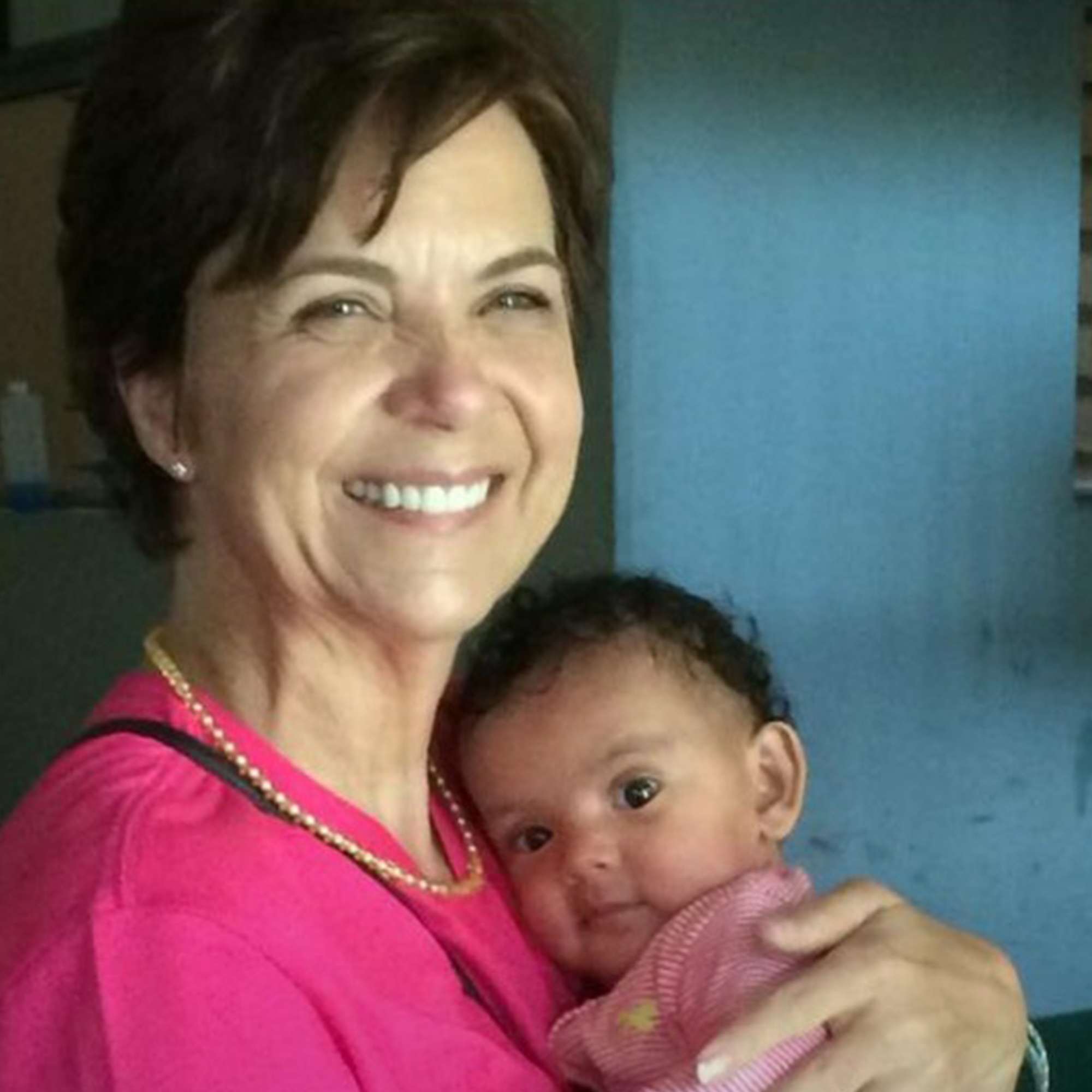 Lisa is a retired Network Administrator from Rubicon LLC in Geismar, LA. As a lifetime parishioner of St. John the Evangelist Catholic Church in Prairieville, LA, Lisa with her husband, Willie, and two sons traveled to Honduras for the first time with mission team in 2005 and was deeply transformed by the missionary experience and the people of Honduras. She has returned with teams every summer and has coordinated mission trips in partnership with OAF since 2011. Four generations of her family and many volunteers from ages 10 to 86 have participated in mission trips and as short-term volunteers.

Lisa joined the Olancho Aid Foundation’s board of directors in 2014. She provides IT support including an annual review of IT processes and support strategies. Lisa coordinates annual mission trips and fundraising activities sponsored by St. John the Evangelist Catholic Church in Prairieville, LA.

She has volunteered for many charitable and civic organizations through her employer, church parish and local schools. Lisa is active in prison ministry at the Louisiana Correctional Institute for Women and other church social responsibility ministries. 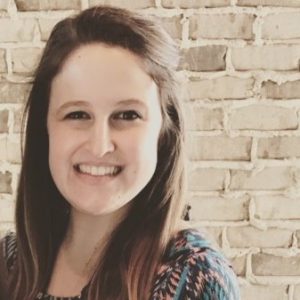 Kerry Lindstrom is a 5th grade English Language Arts and Social Studies teacher at Fairview Elementary in Dayton, OH. For the past four years, she has taught Kindergarten and English Language Learners K-4th grades at Warner Arts Magnet School in Nashville, TN. At Warner, she led the school leadership team for two years, organized school-wide events and projects, and served as the Title I grant coordinator during the 2018-2019 school year. She attended the University of Tennessee at Chattanooga, graduating with a degree in Early Childhood Education. Additionally she received her master’s in Reading Specialty & Administration from Lipscomb University.

Kerry’s first experience with Olancho Aid was with a mission team from Holy Family Catholic Church of Brentwood, Tennessee, in the summer of 2012. She has returned on several trips with the team. In 2014, she moved to Juticalpa, Honduras, to work for the Olancho Aid Foundation, volunteering as a 4th-6th grade teacher.

Kerry joined the Olancho Aid Foundation board of directors in 2019.

Our Board members are based all over the US and bring varying perspectives to the table as decisions are made regarding policy and planning for Olancho Aid. They know it is essential to seek counsel from leaders in the Church who are based in Olancho. In 2014, Olancho Aid invited Bishop Bonello & Father Celio as advisory members of the Board. Padre Celio also leads faith development for the Foundation and gives mass weekly at each school for our students and teachers.

Members of the Olancho Aid Advisory Board

The Board of Directors has invited these individuals to participate in specific projects related to their expertise and advise the board and executive staff. 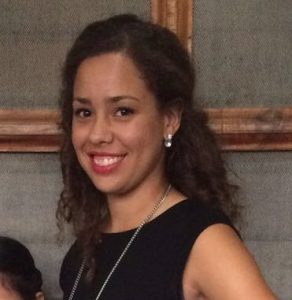 Stephanie Fore serves as a strategic advisor to the Foundation on the volunteer program. She lived in Honduras for over four years as a volunteer and worked to develop a strong volunteer community as Volunteer Coordinator for Olancho Aid Foundation from 2017-2019.

Stephanie recently returned to her hometown of Saint Paul, MN and plans to pursue a masters degree. 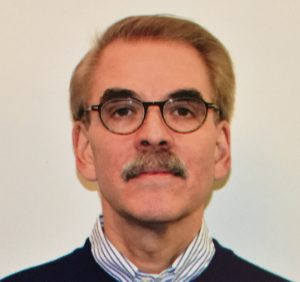 Dr. Oswaldo Lastres serves as a strategic advisor to the Foundation on medical mission work. He has been active in medical missions since 2001 and has served populations in Peru, Bolivia, and Guatemala.  Most recently, he has been helping to identify new ways to the improve the health of the Juticalpa community as a liaison to the Hospital San Francisco. In 2019, he facilitated the donations of medications and supplies to the hospital by OAF donors in response to the dengue epidemic.

Dr. Lastres is of Cuban descent and is a heritage Spanish speaker. He resides in Hinsdale, Illinois and is an active parishioner of St. Francis Xavier parish in Lagrange where he serves on the peace and social justice committee. 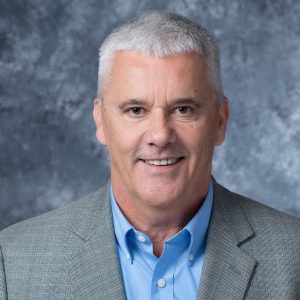 Jim Walker is a strategic advisor to the Foundation on accounting. He has an MBA from the Western New England University and a B.S. in Accounting from Old Dominion University. Across his career, he has held the positions of Chief Financial Officer, Controller, and Director of Operations. These roles have allowed him to gain a broad knowledge of organizational structure, business finance and accounting controls.

Jim resides in Gorham, Maine with his wife of 43 years, Kathy. They have three children and seven grandchildren. Jim has been an active member of his church and town finance committees, as a Eucharistic minister, and with Institute of Management Accountants (IMA). He served on the IMA Global Board of Directors and chaired the IMA’s Committee on Ethics. 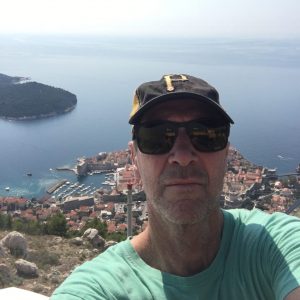 Mark Wessel
Mark is serving as an advisor to develop a strategic plan. He spent the majority of his professional life at Carnegie Mellon University in Pittsburgh, PA.  He taught economics and statistics and served in several administrative posts at the Heinz College of Information Systems Management and Public Policy, including over 10 years as associate dean and 5 years as dean.  At various other points in his career, he was an economist for the U.S. Department of Energy, a development specialist for the Mon Valley Initiative, and Senior Vice President for Strategy for the Regional Industrial Development Corporation.
Mark’s wife Linda Babcock is on the faculty at Carnegie Mellon. They have one daughter who currently plays lacrosse and studies economics and politics at Oberlin College.